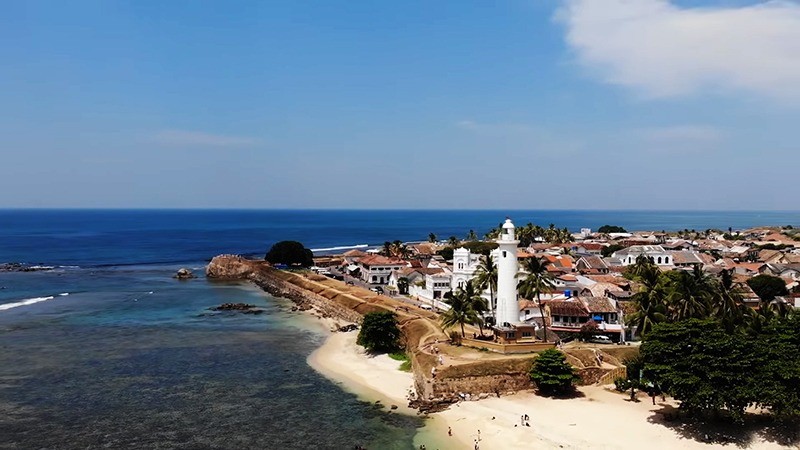 Things to do in Sri Lanka can be costly for travellers such as seeing most of Sri Lanka’s tourist attractions, wildlife safari, adventure activities, rainforest trekking. Those things can cost you a hefty chunk of money, perhaps it could be a considerable part of the travel budget. Sigiriya rock fortress? $30. Anuradhapura ancient city? $25. Polonnaruwa ancient city? $25. Tooth relic temple? $10. Yala safari? $35…the list goes on. More tourist places you visit heavier the travel budget.

But there is a possibility to have a lifetime fun without paying even a cent, and not just by taking on park trails, cycling routes or window browsing.

1.Free things to do in Sri Lanka visiting Kelaniya temple

The visitors of historical monuments such as Sigiriya, Dambulla required to purchase an entrance ticket on their visit to these sites but Kelaniya temple does not charge even a cent from its visitors. This beautiful temple is open every day. The temple is filled with a large number of statues and valuable religious paintings. Kelaniya temple is very popular as a destination to see some of the best religious paintings on the island, which belongs to one of the most talented painters on the island, Jorge Keyt.

3. Free things to do in Sri Lanka trekking through Galle Fort

Towards the southern tip of Sri Lanka, kissing western border of Galle city, overlooking the Indian Ocean, the medieval fortress of Galle rises from the shore like a giant mushroom. Built beginning in 15th century AD, the Portuguese built and Dutch expanded citadel stands guard atop of a hill, complete with a large number of houses, storage compartments, offices, churches, temples, gigantic granite wall and 2 imposing gates. Together with more than dozens of colonial inherited forts in Sri Lanka, Galle Fort is a UNESCO world heritage site, and all construction in the fort share the striking Dutch architecture. The Galle fort is the only tourist attraction in Sri Lanka with the emblem of UNESCO world heritage site that offers cashless entrance to the visitors.

4. Free things to do in Sri Lanka exploring Kande Vihara

But most of these Buddhist temples do not carry the historical and religious value of Kande vihara. The temple sits in the western coast of Sri Lanka, which is just a few kilometres away from the pristine beaches of Bentota, Beruwila, Kalutara and Hikkaduwa. Kande Vihara is an important pilgrimage site on the west coast.

The magnificent temple was founded by a Buddhist monk and serve the people since 1734, Since then Kande vihara has attracted travellers and worshippers for many centuries from all around the world. The temple is consisting of Stupa, Image house with buddha statues and paintings, 48 meters tall seated Buddha statue, and the sacred Bo-tree.

Today Kande vihara act as one of the important tourist places on the west coast. Despite its historical and religious importance as well as the popularity, the administration of the temple is not charging a penny from the visitors of the temple.

If you are on a beach tour to western coast such as 5 days Sri Lanka beach holiday, you are well on the way to explore thin interesting Buddhist temple. Try to make it on a day like full mon day or the weekend, when the Buddhist devotees come in great number to take part in religious observances.

5. Free things to do in Sri Lanka visiting a Spice garden

Spices are a staple in the traditional Sri Lankan kitchen, from the fragrant cinnamon that attracted Lorenzo De Almeida, the Portuguese sailor, to devilled spicy chillies that colonial rulers left behind. Ella has abundant of green-capped mountains, ravines, perennial waterways, cascading waterfalls and cool nights. The fertile moisture-rich mountain resort is not only a popular tourist destination but also produces expensive spices such as curry leaves, nutmeg, cardamom and turmeric. As a result, Ella has become a place to sample delicately flavoured traditional dishes, which made of coconut milk rather than hot chilli.

Many dozens of spice gardens are scattered on the island and most of them are located in the mountain areas, where the fertile ground with a PH value of 5-6 and mild weather giving perfect conditions to grow spices. Ella spice garden is a popular tourist attraction in Ella and offers a totally free tour to visitors. Ella spice garden can be a good alternative to costly Royal botanical garden ($10), despite its miniature size compared to the botanical garden.

The spice garden showcases from hot chilli plants, vanilla creeper, cocoa tree to pepper and pandam. You can learn how to grow spices here and you can even explore how to use these spices while preparing delicious Sri Lankan dishes, the cooking class is also free of charge.