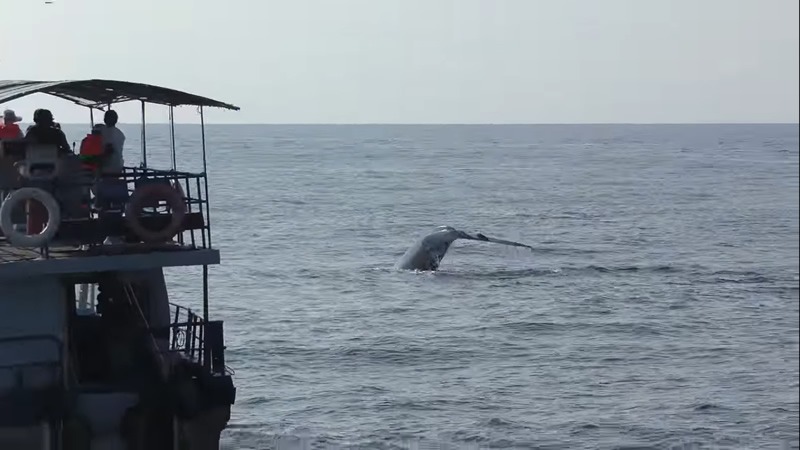 North-East Sri Lanka is the least explored holiday destination in Sri Lanka. Tourist abandoned north-east Sri Lanka, for more than 30 years from 1983 to 2009, due to the ethnic conflict. The ethnic conflict incurred a big loss for the entire country. Civilian life in the north and east was severely crippled and all industries including tourism industry were largely crippled.

There has been a relatively low number of tourists visiting this part of the country. But since the end of civil war in 2009, there has been a significant increase. Things are changing very quickly in all angels such as political, economic and lifestyle.

Tourism is one of the industries that severely suffered from the conflict. But tourism recovered fast during the last decades. However, the number of tourists in the north and east is very low compared to the west and south coast.

But with the ending of the civil war, now it is safe to travel in this part of the country. The civilian life of the north and east is back to normal and people are saved from the fear of war.

North and East Sri Lanka are still underdeveloped and there is a long way to go before it is fully recovered. There was no significant improvement or maintenance of the infrastructure such as roads, rail, electricity grids and telephone during the war. But, after thirty years, the government has launched many projects to normalize the infrastructure since 2009.

Sri Lanka east coast is getting the spotlight after more than three decades of being neglected by the travellers from all around the world. East coast of Sri Lanka had been a popular beach holiday destination on the island, before the start of the black period of Sri Lankan history (civil war).

With the start of the civil war in 1983, the attention of world travellers has shifted away from the east coast. Nevertheless, the east coast possesses some of the finest beaches of Sri Lanka and currently, many development projects have set the entire region for rapid development.

The East Coast of Sri Lanka is popular for beach holidays, water sports, whale watching and dolphin watching. At first glance, the visitors may feel that there is not much to do on the East coast than beach hopping.

However, after travelling around Sri Lanka’s east coast you will realize that the east coast of Sri Lanka is never lack of tourist places. You can spend even months exploring all these tourist attraction in the region.

East coast of Sri Lanka can be described as a cultural melting pot. Sinhalese, Tamil and Muslim are living in harmony in this part of the country for a long time.

The history of the east coast is going back to the Pre-Christian ear. It was occupied by the Sinhalese Buddhist community in the very early days of Sinhalese civilization. Later with the arrival of other ethnic groups, it has become a multicultural and multi-religious region of Sri Lanka.

Whale and dolphin watching is one of the popular activity in the region, where you can get a closer look at these fascinating animals in their natural habitat. Diving and snorkelling are also popular activities here. There are many diving hot spots on the east coast of Sri Lanka such as Pigeon Island.

Most of the east coast cities have also been popular destinations, where tourists can enjoy fresh fish items. The fishing industry is the major lively hood of the people here and the east coast contribute to a considerable amount of fish harvest on the island. Therefore the fish items are very common here and also very affordable. Animal husbandry and agriculture are the other most important income generators for the people here.

Also, Indian style food is available here in plenty due to the large Tamil population. In some places, the population of Tamil surpasses the other two major ethnic groups.

There is a shortage of accommodation facilities on the east coast. There had not been much investment in the region during the war, especially in the tourism sector. Therefore it has become a severe problem to find a proper place to sleep. There are only several medium-sized hotels here, while most of the other accommodation facilitators own small rest houses and guesthouses.

Underdeveloped tourism infrastructure is a severe hindrance for the development of the tourism industry in north-east Sri Lanka. There is a severe shortage of hotels, recreation facilities for travellers.

Several new hotels have started their operation during the last several years. Several other hew hotels are being built on the beaches of North and East Sri Lanka.

In spite of the addition of several new hotels, the inadequacy of accommodation is felt badly during the peak tourist season (April-November). With the completion of these new hotels, it is expected to ease the over demand for accommodation.

Sri Lanka’s East coast offers a wide range of activities for travellers. East coast attracts mostly beach holiday lovers. Pristine, clean beaches of the East coast are some of the best beaches in Sri Lanka. The shallow water enables you to walk kilometres into the sea.

The sea around the east coast is suitable especially for diving and snorkelling, due to the large concentration of corals, plants and exotic fish species on the seabed. The sea off eastern Sri Lanka is inhabited by a large number of whales and dolphins making it a whale watching hot-spot in the region.

There are a large number of attractions in the North and East Sri Lanka. These attractions include religious monuments, natural attractions, historical places and attractions with a colonial touch. Some of the most important attraction of the region are Thiriyaya,  Somawathiya, Nallur temple, Jaffna and Trincomalee forts, swami rock and Nagadeepa.

Rajagala archaeological site is located in the Gramaseva division of Rajagalatenna in Ampara district. Rajagalatenna believed to be a Buddhist monastery about 2500 years earlier. Archaeologists believe that there had been a large number of Buddhist monks residing in this temple and the number of resident monks estimated to be around 2500.

There is a large number of artefacts discovered during excavation at the site so far. There are several stone inscriptions among the valuables recovered from the site. Recently another two stone inscriptions were also discovered by a team of archaeologists from Sri Jayewardenepura University, Colombo.

The inscriptions had been done by a regional leader in Rajagalatenna. Inscriptions believed to be written during the reign of King Buddadasa. According to the inscriptions the temple had been known as Girikumbila.

The Rajagala temple had been a cave monastery complex of an advanced civilization and archaeologists have discovered much building scattered over a large area. They have discovered valuable stone masonry works and a toilet with a drainage system in one of the caves. The archaeological findings are classic examples of the grandeur of ancient Ruhuna kingdom.

The ancient temple was spread over more than a thousand acres. More than 1400 archaeologically important places have been discovered within the borders of the site so far. Among the valuable artefacts discovered are stone inscriptions, dagobas, image houses, moonstones, guard stones, and Buddha statues. Archaeologists have discovered some painting in the caves of the temple and they believed to be done by the people of early civilization.

This historical Sri Lanka Buddhist temple is partly destroyed by the relic hunter in the past. At present, the number of visitors to the site is on the upward trend and facilities for the visitors are considerably improved by the department of archaeology.  The recent discovery is a valuable contribution to convincing the world about the historical value of the temple and the Buddhist domination in the island covering all parts of the island.

At the moment, there is a shortage of hotels and other accommodation facilitators in the region. Therefore it is highly advisable to have a confirmed room reservation before coming to the hotel. Most of the hotels do not offer the possibility to book a room online. The best alternative is to have a room reservation through a tour operator.