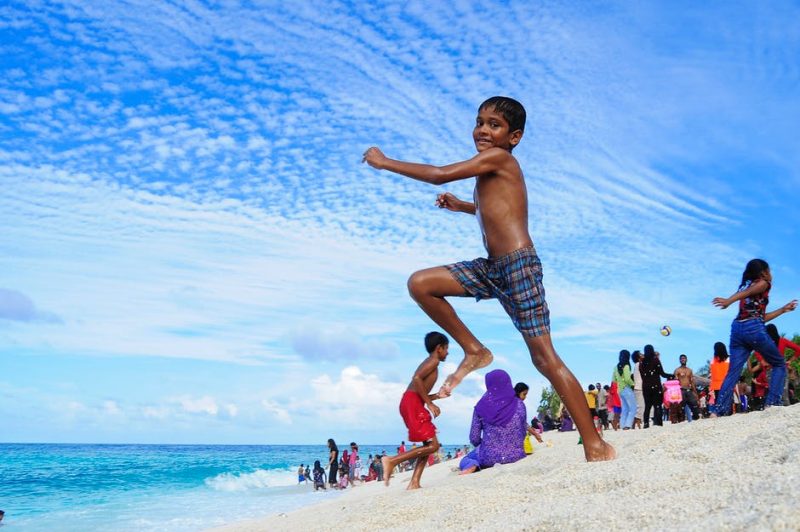 Sri Lanka weather in July is warm, sunny and suitable for outdoor activities. There can be casual rain in some parts of Sri Lanka in the month of July; however, this rain is strictly confined to the west and southern coast of Sri Lanka while the east coast remains completely dry. Therefore Sri Lanka is visited by a large number of holiday lovers, despite the fact of downpour in some areas.

As the heat waves increase the temperature across Europe, Tropical Island Sri Lanka remains a holiday destination with mild temperature. It is reported that temperature across most countries such as France, Germany, and the United Kingdom might hit the 45°C mark in the month of June and July.  Even though Sri Lanka is a tropical country, Sri Lanka weather in July remains favourable for holiday enthusiasts and temperature of the island hardly goes beyond 35°C.

At the backdrop of increased temperature in Europe Sri Lanka and many Asian countries have become popular places to escape from the unbearable heat. During the month of June and July, Sri Lanka is experiencing the influence of South-West monsoon and gets regular rain. This regular rain, sea wind and the green cover of the country control the temperature in the country. Even though the month of June and July marks the beginning of monsoon most parts of the island are still very favourable for outdoor activities such as sightseeing tours, adventure activities, and watersports.

Usually, the rain occurs in the late evening in the months of June and July while the morning and afternoon remain hot and sunny. Since this is the south-west monsoon period, the rain occurs mainly in the west and southern coast of Sri Lanka. Entire east and north coast of Sri Lanka remains dry without any rain because the east coast not coming under the influence of south-west monsoon.

Sri Lanka weather in July can be categorized as dry and sunny if you think of travelling to the east coast and even some areas of the central mountain range such as Kandy and Nuwara Eliya remains dry during the month of July. The temperature in the mountain resorts such as Nuwara Eliya and Kandy hovering around 25°C. However, the temperature in Nuwara Eliya can be a bit cooler than in Kandy due to the high-elevation and measure to be around 18°C.

By and large Sri Lanka weather in July for cultural triangle can be categorized as dry and warm. Therefore travellers can explore the cultural sites such as Sigiriya, Anuradhapura, Kandy and Polonnaruwa without any hindrance. Many wildlife reserves such as Minneriya national park, Yala national park, Udawalawe wildlife reserve also remain dry in the month of June, July and August where the travellers can experience a first-class wildlife exploration tour.

As the entire west and southern coast coming under the monsoon rain, most rainforests are coming under torrential rain in the month of June, July and August. Sinharaja is the most popular rain forest on the island as the rainforest exploration ground. Heavy and extensive rainfall is recorder from Sinharaja during the south-west monsoon, therefore, it might not be a suitable idea to organize a trip to Sinharaja.