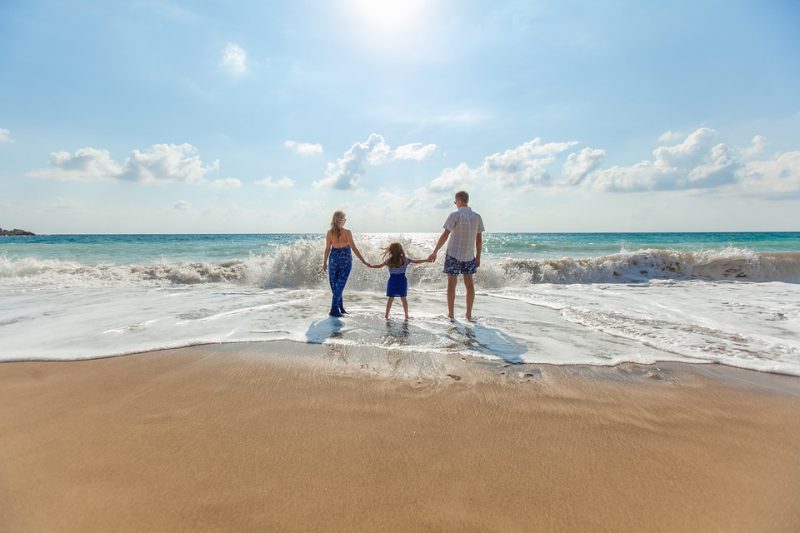 Everyone likes to get the maximum from every penny they spend on holiday packages. That’s why the travellers are very concerns about choosing the destination and time to be their dream holiday destination. If you happened to be in the wrong place at the wrong time, you will not be able to have the best holiday. In fact all your effort, time and money are in vain.

Unlike many other destinations, Sri Lanka is a destination suitable for holidays at any time of the year. But depending on the time, the places you need to travel can be different, mainly it is either east coast or west coast. Travelling in Sri Lanka between November and April might be the best time for a holiday in Sri Lanka. Most travellers book their tours to Sri Lanka during this period. Rest of the year, the number of travellers on the island drops sharply making an acute shortage of customers for people engaged in the tourism industry.

Still, European travellers make a considerable impact on the Sri Lanka tourism industry with a large number of tourist arrival. Most of the European travellers book tours to Sri Lanka from November to April. Even though Sri Lanka is largely forgotten in the European countries as a holiday destination during the summer (April to November), there is a considerable upbeat of tourist arrival in the months of July and August. This sudden change is triggered by the school holidays and Esala ceremony.

Travelling to Sri Lanka in the summer

What should be included on tours to Sri Lanka

There are many reasons why you should travel to Sri Lanka. Beaches, Fascinating wildlife, spectacular underwater world, primaeval rainforest, thousands of years old historical cities… and the list goes on. By far the beaches are the most prominent attraction in the island, therefore a large number of travellers make tours to Sri Lanka in order to enjoy pristine Sri Lankan beaches, most of these beach holiday lovers gather some knowledge of some other valuable aspects of Sri Lanka too. Unfortunately, some of the travellers have forgotten all the other attractions other than beaches in the country and spend their entire holiday around beach resorts. If you plan tours to Sri Lanka, try to organize a holiday package with several sightseeing tours because Sri Lanka offers much more than sun, sea, sand as a holiday destination.

Sri Lanka is a tropical country with an amazing diversity of natural and man-made attractions. Thousands of kilometres of sublime beaches bordering the Indian Ocean and geographic features such as coves, bays, rocks, lagoons, and wetlands are the major attractions along the coastal belt. The sudden upheavals of earth form the mid-elevated areas and high elevated areas of the country. These mountains are shrouded in mist and clouds creating some fantastic unique scenery.

The beauty of Sri Lanka is most evident in the countryside of this tropical island. Sri Lanka, the most popular holiday destination in the Indian subcontinent is bestowed with a large number of forest reserves and national parks. Different elevation of the island shows a totally different climate, vegetation, and scenery.

Sri Lanka shows a tremendous diversity of nature, culture, landscape, and climate across the country. This tiny island is one of the most beautiful tropical islands in Asia. It is surrounded by pristine palm-fringed beaches, which attracts hundreds of thousands of holiday lovers.

Tours to Sri Lanka and exploring the underwater world

Sri Lanka is on the radar of diving enthusiasts for many hundred years. A large number of silver coins were recovered from the seabed, off southern Sri Lanka in the early 1800s. Since then many numbers of shipwrecks are discovered by divers along the Western and Southern coastal belt. Shipwrecks, Coral reefs, sea plants, and exotic fish species are the major attractions of the underwater world of the coastal belt of Sri Lanka. There are many diving hot spots around the country; most of them are located along the southern and western coastal belt.

Another major attraction of Sri Lanka is the diversity of natural resources across the country. Due to the different weather conditions of the wet, dry and arid climate zones, one can see a big difference across the major climate zones. Forests, landscape, agricultural products, humidity, temperature are some of the most evident differences between these climate zones.

Historical cities to include in tours to Sri Lanka

The historical cities are some of them must be visited places on the island. Ruined cities such as Anuradhapura, Polonnaruwa, Yapahuwa show the grandeur of the Sri Lankan history. Sri Lanka is one of the very few countries, which is continuously inhabited since the pre-Christian era.

A large number of places in the cultural cities are named as world heritage sites by UNESCO, due to their historical importance. The historical cities such as Polonnaruwa ancient city are showcasing ancient advanced civilization was in the fields of engineering and constructions, healing methods (Ayurveda medicine), art and craft, beliefs (Buddhism, Hinduism), international relationships, international trading and political power in the region. The ancient Sri Lanka civilization was on par with other thriving civilizations in the past.  Moreover, the rulers of ancient Sri Lanka had a very close relationship with other powers such as roman and Chinese and helped each other in many ways.

Due to the low occupancy of the hotel, the rates are considerably reduced in all hotels throughout the island. One can have an opportunity to make a hotel booking with short notice due to the low demand for accommodation during this period. Therefore, travelling in Sri Lank in the months of July and August not only make it possible to see the most beautiful pageant in the country but also save money on your holidays.

Sri Lanka is a tropical holiday destination in Asia and attracts hundreds of thousands of travellers every year. For most of the travellers, the period from April to November is the best time to have tours to Sri Lanka. Therefore, there is a sharp decrease in tourist arrival for the rest of the year. But there is an abrupt and sharp increase in tourists in the months of July and August.

The main reason for the rising tourist arrival during these two months is the Esala ceremony of the tooth relic temple, Kandy. The most important reward, on the tours to Sri Lanka in these 2 months, is the opportunity to see the Esala ceremony. Esala ceremony is one of the most colourful pageants in the world and visited by many thousands of visitors.

The origin of this traditional event goes back to many centuries and continues until today. The event is participated by a large number of people including many foreigners. The annual event of Esala ceremony takes place in the months of July/August for ten consecutive days. The event winds up with the Randoli Perehera on the 10th day of the ceremony. The proceedings of the ceremony are announced through the media several months ahead of the event.

VISA an important part of the tours to Sri Lanka

6 methods for obtaining a tourist visa for tours to Sri Lanka.

The validity of the Visa

The visa is issued for only 30 days at the first step and it can be extended after entering the country. Further information regarding the ETA can be obtained from the official website of the  Department of Immigration and Emigration Sri Lanka.