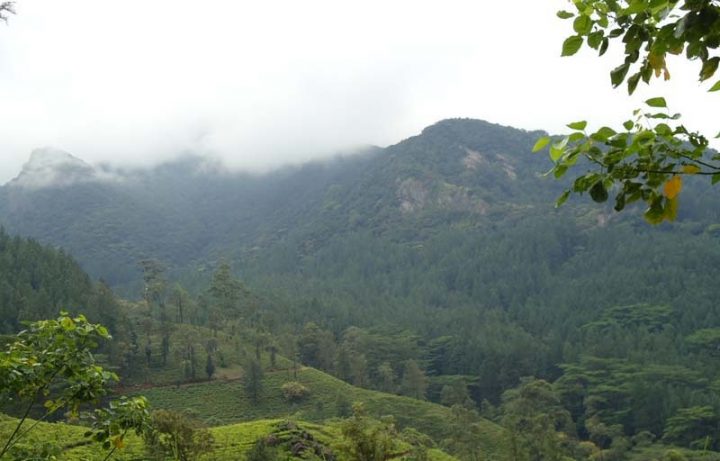 Sri Lanka is undoubtedly the best holiday destination in southern Asia; this tropical island has a very clean environment appealing to the tourists.  Air pollution, water pollution, sea pollution is at a very low level in Sri Lanka. Even the government of Sri Lanka has imposed some severe penalties for people who pollute the environment

Sri Lanka is undoubtedly the best holiday destination in southern Asia; this tropical island has a very clean environment appealing to the tourists.  Air pollution, water pollution, sea pollution is at a very low level in Sri Lanka. Even the government of Sri Lanka has imposed some severe penalties for people who pollute the environment.  As such Sri Lanka has been able to maintain its natural wealth at a very healthy level. Following are some of the natural attractions of Sri Lanka.

A Horton plain is one of the last remaining mountain forests of the island of Sri Lanka. It is located well above 1800 meters above sea level. Horton plains national park is part of most Sri Lanak nature tours such as Sri Lanka 5 days nature tour.

The forest was first discovered by British colonial administrators in the 1800’s. Later it had been used for potato cultivation. Therefore considerable part of the primaeval forest cover was removed making a large track of flat surface with grass. Horton plains harbour many species of indigenous fauna and flora species of Sri Lanka.  Horton plain is one of the patches of forests with very high Bio-diversity. The visitors can see several species of animals here such as sambar deer, leopards, and monkeys.

Horton plains national park is one and half hour away from the city of Nuwara Eliya.  These plains, formed by millions of years of erosion, lie right on top of Sri Lanka Mountains. Buffered by the wind, the highland of the Horton Plains is the home for some of the island’s most spectacular landscapes, with stretches of grassland and forests, giant ferns, trees clawing the clouds, and peat-rimmed lakes. The strange, wild, almost melancholy landscape was discovered by the tea planter Thomas Farr, who named it after Sir Robert Wilmot Horton, governor of the island from 1831 to 1837.

The Horton plains are one of the most important patches of forests on the island and it is the last remaining cloud-forest in Sri Lanka. The Horton plains national park is a biological hotspot and has a very high biodiversity, this patch of forest harbours a large number of Fauna and Flora species and endemism is considered to be very high in the Horton Plains. The natural wonderland, Horton Plains national park sits near the popular holiday destination of Nuwara Eliya at an elevation of 2100 above sea level.

Galway forest is another patch of land with a mountain forest located near the highest elevated city of Sri Lanka. The forest is located near Nuwara Eliya and it takes about 15 minutes to reach the forest from the city. Galway forest ranked as the 2nd highest elevated forest in the country. This small forest spreads over 70 acres. It harbours many species of fauna and flora. The forest has many treks for visitors and it is a nice place to have a light adventure. Galway forest is most visited by travellers, who choose Nuwara Eliya as a station during their holiday in Sri Lanka.

Rammale Kanda forest reserve can be described as one of the most unpopular natural attractions in southern Sri Lanka. It is located in the district of Hambantota and spreads over 1080 acres. Unlike most other places mentioned here, this forest reserve shows totally different physical and climate conditions. Since it is located in the driest part of the island, the vegetation is mainly of dry and arid forest types. According to the historical information, the forest had been the hiding place of queen Sugala, as she fled Polonnaruwa with tooth relic in the medieval period.

Adams peak is the most popular mountain in the island of Sri Lanka. The main reason for its popularity is the footprint, which located on the summit of the pinnacle. This mountain is surrounded by the verging forest, known as Sripada nature reserve.  It spread over more than 50,000 acres and it is shared by Nuwara Eliya, Kegalla and Ratnapura districts. But the major part of the forest is located in the Ratnapura district, Sabaragamuwa province.  Sripada forest reserve is declared as a protected area under the fauna flora act of Sri Lanka in 1940. Sripada nature reserve is an evergreen rainforest and harbours a large number of fauna and flora species.

Rainforest, dry-zone forest, mountain forest, savannah, mangroves are very common terms in the vocabulary of the naturalist, who explores the natural vegetation of Sri Lanka. But swamp forest is a term that heard very rarely in the country. Sri Lanka is bestowed with a large amount of forested area and Sri Lanka is among the countries with highest Bio-diversities in the world. But, ironically there is only one swamp forest in the country. This swamp forest is a plot of land located in Bulathsinhala, in the district of Ratnapura. The swamp forest is called Waturana and it is a part of the plantation called Waluwatta. By ascertaining the importance of Waturana swamp forest, it was declared as a protected area under the environmental act in 2009.

Waturana swamp forest is a rare type of natural attraction in the Grama Seva division of Damparagoda near the Pahiyangala historical cave. The swamp forest occupies over a six hectares of the land surface in the Walauwatta plantation. One distinct character of Waturana is the thick canopy formed by the trees at the height of 10-15 meters above the surface. The canopy blocks the sunlight falling on to the ground. Therefore the gloomy atmosphere prevails in the forest even on a day with the very clear sky.

Waturana swamp forest is located in the valley of Kuda Ganga.  The main sources of water of Waturana swamp forest are two rivers. The most significant contributor is the tributary of Kalu Ganga or Kalu River known as Batapota Ela. Kukulu Ela is also a significant contributor to water for the swamp area. Kekulu ela mingles with Batapota Ela in the swamp forest. The forest area is under the water most of the year. Deposits of parts of trees and animal fossils remain intact in the swap for a long period of time and create a very sensitive unique ecological environment. Waturana has been able to get the attention of the international community due to this unique environment.

Another noteworthy tree is the Horawel (stemnopours mooni), which is also endemic to the island and available only in Waturana.  All the previous effort to distribute this valuable tree in the island proved to be useless so far. Naturalists believe that the tree is highly adapted to the unique atmosphere of the swamp forest and it cannot survive in any other environment. The tree was first discovered in the 1800s and thereafter it was not reported in any part of the world. The naturalists speculated that it is extinct till it re-discovered in the 1970s.

Most of the trees here are highly adapted to survive in the soil with excessive water. The trees have developed roots similar to mangroves enabling them to take the fresh air from the atmosphere. Waturana harbours a large number of endemic trees including Atiudayana (crypro coryne spp), Leen theri (Arecca cocinna) and Katu Bodu (cullenia ceylonica).

Excessive use of chemicals in agriculture is the main reason for water pollution in Waturana. Illegal timber harvesting, hunting, removing trees for fuel, and water pollution are leading threats to the survival of fauna and flora of this valuable swamp forest.