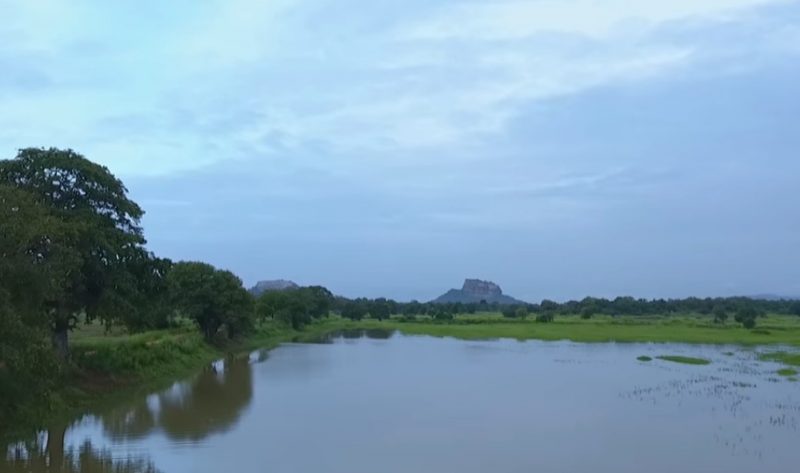 Basawakkulam (tank), Tissa wewa (tank) and Nuwara wewa (tank), is as old as the history of Anuradhapura. They had been playing a big role in the ancient agricultural society by providing much-needed water for irrigation. Minneriya tanka, Parakrama Samudra, Giant tank are few other tanks with a rich historical background like above mentioned three city tanks.

According to the survey carried out by the British administration in 18s suggested that Sri Lanka had more than 1000 man-made lakes to support irrigation in the dry zone.

It is older than the oldest historical tree in the sacred city, namely Sri Maha Bodhi, which is an important place to visit in Sri Lanka.

The three tanks had been used to beautifying the Mahamegha, or royal pleasure garden, by filling the bathing ponds with water, by providing for the communal need of the population and finally bypassing the water down to irrigate the rice fields in the suburb of Anuradhapura.

Basawakkulam lying in a shallow valley with its water held up by an earth-bound whose concave side faces up-stream, claims pride of place as the oldest of the three. It has been identified as the ancient Abhayawewa, constructed by King Pandukabhaya in 3rd century BC.

There is nothing in the structure to indicate its antiquity; it had been a remarkable achievement in the early days. These thousands of years of the old structures remain un-breached till modern period due to the ingenious hydraulic workmanship of the unknown engineer.

It is still in very good condition even after the thrilling history of Anuradhapura, with its unique record of conquest, dynastic ambitions, regal triumphs and tragedies had ended on the crest of a mighty wave of invasion 1200 years after the city was founded.

Tissawewa commemorates the name of King Devanampiyatissa of the 3rd century BC. This lake lies in the south-west sector of the city and filled the picturesque lotus ponds of another ancient and very interesting foundation attributed to King Tissa – the Isurumuniya rock-temple nearby. The ancient name of the lake is unknown.

The Mahawamsa ancient chronicle of Sri Lanka narrates that when the king Dutugemunu had united Lanka in one kingdom, he went to Tissawewa that was adorned according to the festival custom, to observe the traditions of a crowned king. Having disported himself in the water, the whole day, the king directed his guard to prepare to return to the palace.

The guards accordingly proceeded to pick up the symbol of sovereignty: a spear with the royal relic, which had been driven into the earth on some high ground nearby. Try as they would, they could not draw it out of the ground. Observing this miracle, Dutugemunu forthwith directed that a monument is built on the spot.

This monument enclosing the spear, is the Mirisaweti dagoba, originally 120 cubits high, and sighted within hailing distance of Tissawewa. It’s relic-chamber, altars and carvings, and the foundation of stone buildings raised off paved court-yards are witness to the written story, and to the antiquity of the shrine as well as the lake to which it is linked.

Nuwarawewa occupies a flat valley off the right bank of the Malwatu Oya and is not actually in the City as its name implies. There is a tradition that the water was conducted from it by means of an aqueduct across the Malwatu Oya.

In all probability, it was in the early of the 1st century BC that the construction of Nuwarawewa was started. Thereafter, the city was overrun by Cholan invaders. It was apparently when King Vatta Gamini regained his throne that the work was completed.

The only clue to the age of the tank is the size of the bricks used in building the sluices. They agree closely with the bricks laid in the Abhayagiri Dagoba which was built in the last three years of the reign of Vatta Gamini, or Valagambahu as he is sometimes called. The conclusion drawn is that the tank was completed about the year 2nd century BC.

The Nagagala or sculptured stones depicting the seven-headed cobra, found near the ancient sluices, are symbolical of the sacred guardianship of the waters. Similar carved stones are often found in places by the sluices of tanks as well.