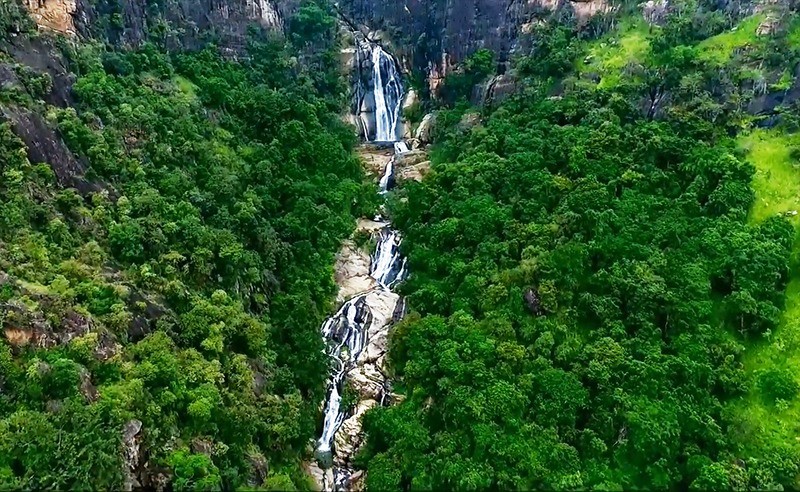 The Kandy tea plantation tour revolves around the hill country city of Kandy that sits 500 meters above sea level and has a set of dreamlike quality – a tumbledown, romantic city of ancient monuments, medieval relics, thousands of years old temples, and stately Theodor styles buildings. Further afield, the tea country of Nuwara Eliya contains some of Sri Lanka’s most appealing picturesque countryside.

What to see in Kandy

Kandy is a UNESCO world heritage site with a large expanse of forest, a lake and dozens of ancient temples. Kandy is a remarkable tangle of the historic city, which has a large number of historical building and some of them are date back to many centuries. The city is predominantly a Buddhist city with a large community that believes in Buddhism and has a large number of Buddhist temples. Another important reason for Kandy’s popularity as a tourist destination is its cultural influence. Kandy is considered as the cultural centre of Sri Lanka and it was the last kingdom of Sri Lankan monarchy.

17 places to visit in Kandy

Kandy is accommodated on a plateau, which is surrounded by a ring of mountains and it has a dramatic landscape, mountain valleys covered with tea gardens, whitewashed medieval period buildings, cascading waterfalls, perineal waterways, and patches of evergreen rainforests.

Many tea plantations in Kandy offers ‘Kandy tea plantation tours’, allowing the visitors to visit their tea factories, tea gardens and take a closer look into the tea manufacturing process. Even though these tea factories are under the local management at the moment, most of them were built by British planters in 18s. The visitors can ascertain its antiquity upon visiting the buildings.

The travellers, who like to take part in Kandy tea plantation tour can also experience rich historical past of Sri Lanka by visiting tooth relic temple, Kandy Museum, and many other places such as Natha Devala, Kataragama Devala.

What are the important places to visit on the Kandy tea plantation tour?

The tea plantation tour of Kandy offers a wide range of tourist attraction for the visitors and these tourist attractions are not merely restricted to the places related to the tea industry. E.g. Pinnawala elephant orphanage, which is the first foster home established in the world for orphan wild elephants, is a place to one of the largest herds of elephant in the world.

What are the 10 best places to visit on Kandy tea plantation tour?

When is the best time for Kandy tea plantation tour?

Sri Lanka is a tropical holiday destination and offers a warm sunny climate throughout the year. The climate of Sri Lanka can be divided into 2 distinct period or seasons namely south-west monsoon (from April to November) and North-east monsoon (from October to April).

Monsoon period can also be described as the rainy season. According to the weather pattern in Sri Lanka, the monsoon has 6 months changing pattern. Its influence is felt across south-west Sri Lanka from April to November while north-east monsoon brings to the northern and eastern parts of Sri Lanka from November to April.

The Sri Lanka hill country, Kandy and the surrounding area largely soak up by rain during the south-west monsoon (April to November) and least rainfall in Kandy can be seen during the north-east monsoon (November to April) parallel to the dry season on the south-west monsoon. Since the Kandy tea planation tour includes many outdoor activities, therefore, it is better to venture on Kandy trip during the dry season from November to April.

However, the trip can be booked throughout the year and a large number of travellers still book the trip during the rest of the year as well despite the fact that rain might occur.

Online booking portal is another popular method to serve Sri Lankan trips and activities. However, these booking portals market the products of local supplier and act as a middleman between the customers and the supplier. Usually, the online booking portals add whopping 25%-30% of the commission to the final price, which goes into their pocket. If you book the trip directly with the local tour operators you can easily eliminate this commission.

Most hotels allow the guests to book activities and tour through their inhouse travel counter. But the cost of this type of tour considered been a little bit higher, compared to the price of online local tour operators. The beach boys are also offering Sri Lankan trips and activities for traveller. However, it is not considered being the best way to plan your activity.

How to travel on Kandy tea plantation tour?

Kandy is an important city in Sri Lanka and it is well connected with all major cities such as Colombo. The travellers can reach Kandy by road, rail and Air. Due to the high demand, a large number of buses and trains are plying between and Colombo and Kandy every day. Air transport with domestic flight can be arranged through private companies that offer helicopters and other small aircraft.

The trains and buses (public transport) are the most affordable transport modes on the island. However, it considered not be suitable for a Sri Lanka trip as it behind the schedule most of the time. Public transport such as buses and trains are usually very crowded and therefore it can be uncomfortable sometimes. Moreover, the passengers spend twice the amount of time on the road when they opted to public transport over private transport.

With a taxi, you have maximum comfort while spending minimum time on the road. The taxi is more expensive than public transport, but with the comfort, safety and saving time, it is well worth investing in a taxi over public transport.

One day Kandy tea plantation tour in a nutshell

Where to sleep in Kandy

Set in one of the British styled ai8th century buildings, the Queens hotel is great value, offering cosy rooms with wooden floors, dark-stained furnishings and views overlooking the tooth relic temple and the Kandy lake.

The Swiss hotel, with another white-washed british colonial building resides on the bank of Kandy lake is a fabulously over-the-top hideaway set in a pristine garden. Rooms are split between elegant, period-furnished doubles in the castle, and smaller rooms in the more modern annexe.

A fine luxury hotel set on a hill above peradeniya garden, the Amaya hills has stylishly modern rooms, with authentic kandyan design and marble bathtubs. Rooms on one side of the building have superb views, while those on the other afford the chance have a mountian view.

Set in a restored Colonioal building, in the most busy part of Kandy that overlooks the temple of God Kataragama, the thirty rooms, Kasamara hotel is one of the oldest accommodation providers in Kandy. The hotel is recently upgraded with, queen beds and marble baths. Most rooms provides the city view and the tooth relic temple is just a few hundeed meters away from the hotel.

1 thought on “What are the 10 best places to visit on Kandy tea plantation tour?”