A festival of thousands

Kataragama is an overdose for human senses, pouring of devotion, and explosion of sounds. It is one of the most important days of the calendar for Hindus. This is a festival confine to the Hindu devotees of Sri Lanka and it has no significance for other Hindu community live in India or Singapore. This beguiling celebration attracts thousands of devotees from all around the island to the temple of Kataragama, where it is celebrated for fifteen consecutive nights just before the full moon day of July. The celebration believes to be in the centre stage in the month of July for many thousands of years.

At the backdrop of festivity, the temple is poured with devotees especially from north-east Sri Lanka. These devotees undertake a ritual known as “pada yasthra”, in which they march more than 350 km, for many weeks from their home to Kataragama temple in southern Sri Lanka. This arduous task is believed to be a punishment for Hindu devotees in Sri Lanka, who had neglected the God Murugan and deprived of all treatments deserved by God. 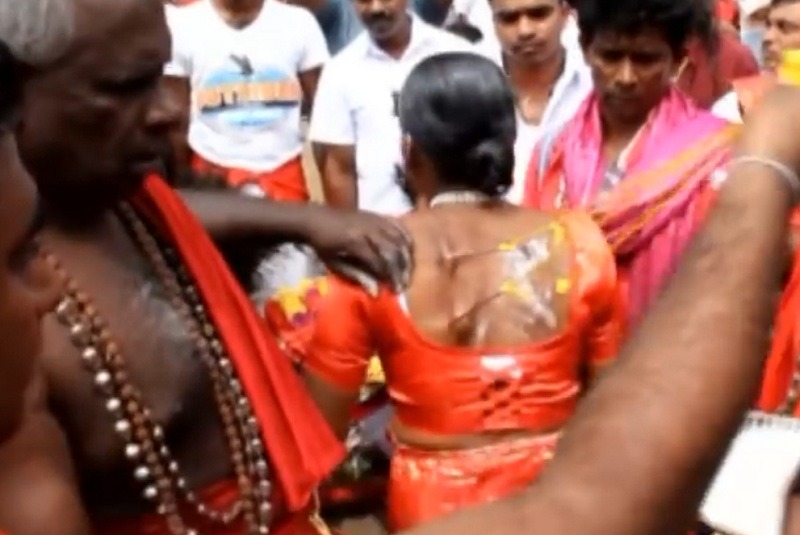 The temple of Kataragama also known as the temple of Murugan attracts several million devotees every year, and which is one of the most popular religious institutions on the island. The main section of the temple is devoted to Hindu God Murugan while a bo-tree and Stupa devoted to Buddhism. Therefore, Kataragama can be classified as a multi-religious healing spot. During the Pooja or ceremony, many dozens of devotees can be seen following the drummers and musicians circling around the main sanctum, where the figures of God Murugan rest.

For most Hindus, and other visitors who visit this brand of Hinduism, Katargama caps off ritual bathing at “Menki River” and partake only on vegetarian meals before entering the temple and devotion to God Katargama. A large number of devotees carry kavadi which is a kind of ceremonial burden that can be found in many forms. Mostly it is lightweight, wooden frame festooned with flowers and peacock feathers, with hooks or spikes piercing the skin, ear flaps and face of the bearer. It looks painful, but according to the rituals, it is a central part of the celebration and shows the devotion to God. For most devotees, it is nothing to do with pain because they think it is a joy, joy of pain.

While many religions like Buddhism, Christianity and Islam depend on a single leader, God, founder or foundational text the religion of Hinduism is different. The religion is depending on many religious texts and there is no founder. There are thousands of Gods in Hinduism and most of them are depicted on the Gopuram of Hindu temple.

Most Hindus in the world are not celebrating Esala ceremony of Kataragama or follow God Murugan. Esala ceremony is a regional celebration and it is attended by Tamil Diaspora in Sri Lanka. In the temple, worshipping can be seen in many forms. It is difficult to answer the question if someone asks how the worshipping takes place because there is no right answer for it. It is up to the devotees how they decide to present their vows.

Some people carry a milk pot as their ceremonial burden. Some are rolling on the ground around the main shrine. Some are shaving their head. Some offer prayer while some others crawl around the temple on their knees. Others, giving thanks for fulfilling their wishes, carry heavy fruit plates and money to the temple.  Some are falling on to the ground, which can involve crying, laughing, grunting, smiling or shrieking.

And many pierce their body with hooks, spikes and nails. Some hooks limes to their back or in some cases it is small metal pots that they hook on their body.  And a large number of devotees carries a Cavadi, hooks or spikes are suspended from intersecting semi-circular frames. 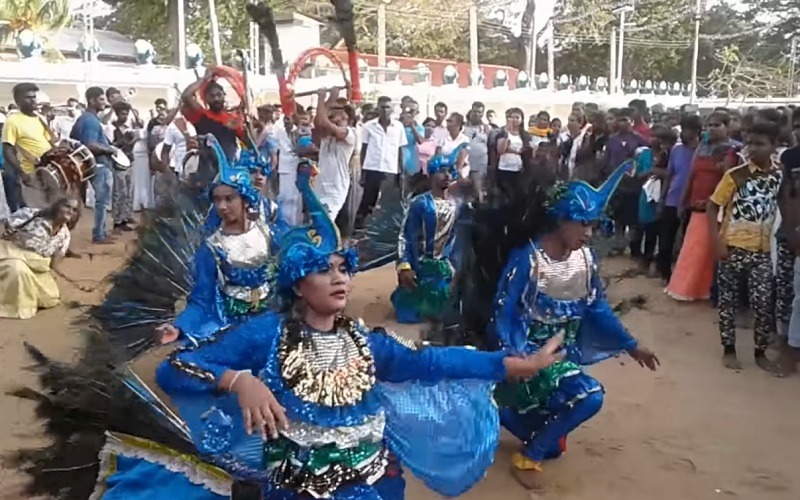 The Kavadi is available in a plethora of sizes, shapes and colours. Some of them are very heavy and should be carried on the shoulder. Some devotees are using large hooks on their back of the body to attach to a wheel or an altar, usually the wheel is pushed by other, still, the devotee taking the bulk of the weight. Kavadi can be few hundred rupees or many thousands of rupees; price depends on many factors such as the shape, design, size and lavish decorations.

I devotee, whom I met in the last ceremony, had participated in the Esala ceremony after a severe case of dengue fever. His father prayed to the God Murugan and asked the speed recovery of him as he was in the hospital, saying he will be at the temple with a cavadi once he recovered from the illness. Later he fully recovered from dengue and participated in the Esala ceremony as a symbol of gratitude and devotion to the God.