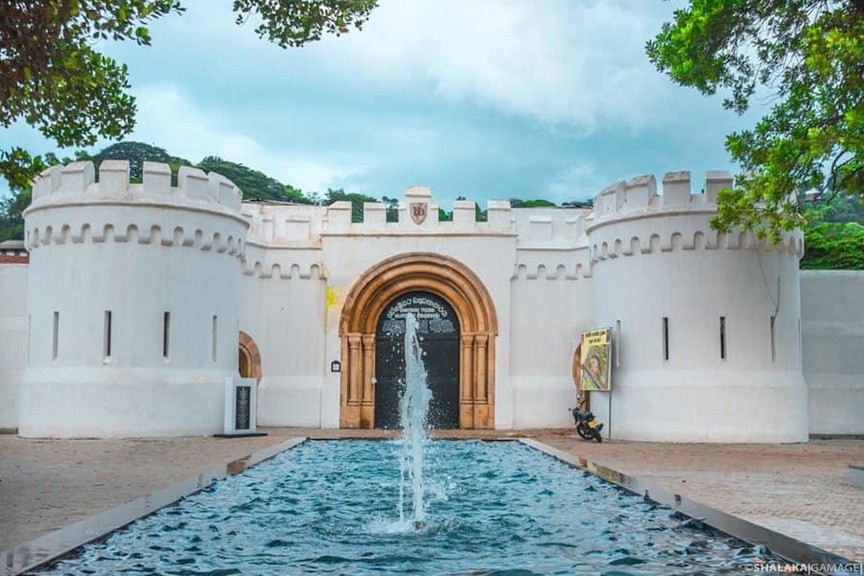 Holidaying in Sri Lanka prison! Sounds bit awkward and not appealing for most travellers. I don’t think that no one like to pay to get into prison because they are places for outlaws. I believe no one likes to spend the time behind the bars.

But, I’m not talking about a prison term in conventional point of view, as most of us think about and punishment put on a person by the court, in which he or she is jailed for a specific period of time. It is about a prison, which is converted into a tourist attraction recently by the government of Sri Lanka.

With prison tourism is becoming popular among travellers, the outdated and dilapidated prisons are slowly converted to tourist attractions, museums, hostels, as well as tourist hotels around the world. People are now paying to get into these prisons, see them and spend a night in prison hotels.

The Bogambara prion Defunct penitentiary sits in the city of Kandy in the central hills of Sri Lanka. Kandy is one of the most popular tourist cities on the island which attracts a large number of traveller’s every year. This beautiful city is surrounded by a large number of tourist attractions from cultural attractions to botanical garden and building of medieval period as well as colonial buildings mushroomed during the early modern period.

Bogambara prison, which was built and opened by European rulers in 1876, has become the newest addition to the tourist attractions in Kandy. Bogambara was the 2nd biggest prison in Sri Lanka after Welikada prison Colombo, Bogambara prison had been a maximum-security prison, where serious offenders were accommodated. The prison was closed on 1st Jan 2014 after it was active for 138 years. In 2019, the Sri Lankan government decided to convert it into a cultural tourism centre and name it Bogambara Cultural Park.

The ground, which is occupied by the prison was created by filling the artificial lake, Bogambara Lake.  The prison spreads over 5.3 ha (13 acres), which occupies the prime plot of land in the town. The main building of the prison contains 382 cells and the three-storied building is 8,500 m2 (91,000 sq ft). The prison can accommodate 408 prisoners, the prison hospital which is 840 m2 (9,000 ft) is located towards the west of the main building.

Bogamabara prison has been witness to some of Sri Lanka’s most important – historical and most tragic events, Bogambara prison was one of the 2 prisons in Sri Lanka, which had gallows and where the death penalty was implemented. 524 prisoners were hanged at Bogambara prison. The Gallows were moved to Bogambara in 1876 from Hangman’s Hill. The Last prisoners that were executed in Bogambara were W. A. Richard and T. M. Jayawardena in 22nd November 1975. One of the most notorious criminals of Sri Lankan history known as D. J. Siripala (aka Maru Sira), was also executed at Bogambara prison in 7th August 1975.

The shift of Bogambara prison

The prison was moved to Palleke in view of improving the prison conditions and expand the prison network. The Bogambara prison complex was closed in 2013. Later the government of Sri Lanka decided to preserve the historic building and turn into a tourist attraction.

One of the most tragic and important historical events of Sri Lankan history in which the entire family of Ehelepola was executed, under the guidance of Sri Wickramarajasinghe, had taken place at the Bogambara ground in 2014. The entire family of Ehelpola, a noble who had rebelled against King Sri Wickramarajasinghe, was executed.

The project master plan was created under the purview of Ministry of National Policies and Economic Affairs in December 2016. 2 years later the cultural park was opened to the public along with several other places such as Meda Wasala, Kandy Municipal Council building and Ehelepola Walauwa, in view of promoting Kandy’s heritage. The program was funded by the Japan International Cooperation Agency (JICA).

On 24th August 2019, Ranil Wickramasinghe, then prime minister, ceremonially opened the 1st phase of redevelopment project of cultural tourism centre while renaming the Bogambara prison as Bogambara Cultural Park. The first phase of the redevelopment project cost Rs 125 million, which enhanced the prison’s external surrounds. Under the 2nd phase of the project renovations and new construction were carried out inside the prison.