The capital city of a country is the most important city for that nation but in Sri Lankan case it is a little bit different, even though the capital is important the travellers hear very little about it and rarely visit the city. This silent capital is none other than Sri Jayawardena Pura, which hosts the parliament of Sri Lanka. Still, Colombo is the most popular city on the island and whoever hears country’s name Sri Lanka or Ceylon first think about the city of Colombo. For most people around the world, Colombo is the capital of Sri Lanka.

This populated city is located in the suburb of Colombo and it is inhabited by more than 134,114 people, representing all major ethnic groups. It had been one of the several capitals of the island in the past (from 1400-1565 AD). 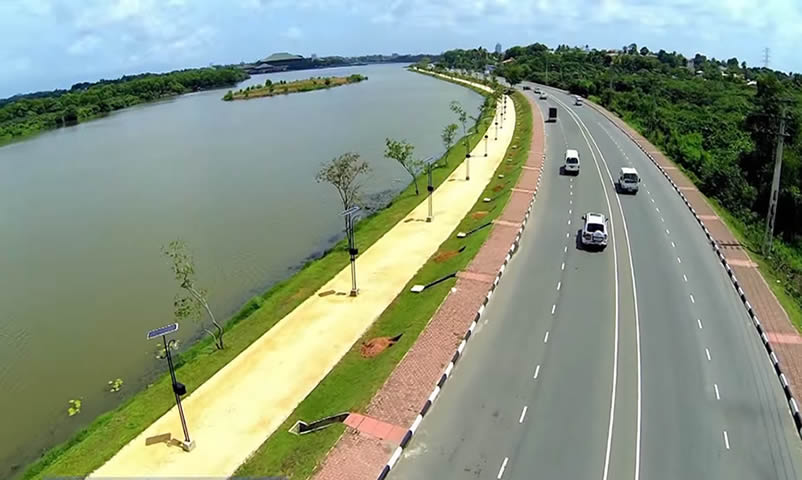 The city was first constructed under the supervision of Alakeshwara. The family of Alakeshwara landed in Sri Lanka in the 13th century AD. They are believed to be having a Malayalee origin while some historians believe they came from south India. This prominent feudal family was merchants and they were residing in Raigama near the port city of Beruwala. Historical evidence suggests that Alakeshwara had a close relationship with the rulers of Kotte and provided political and military leadership in the medieval time. Vira Alakeshwara was the member of this family, who established the city of Jayewardenepura. King Vira Alakeshwara was taken into custody by a Chinese admiral in 1411 AD and was sent into exile to China where he died.

The present location was selected for the city by Alakeshawara due to the security reasons. It is strategically located between two rivers namely Diyawanna River and Kolonnawa River and the rivers are joined at one end of the city. Thereby the borders of the city are formed by water from three directions, making it easy to monitor the invading army. Only the southern end of the city was open to the land. The city was invaded by rulers from northern Sri Lanka but they failed to take the control of the city due to the military power of the king and the landscape of the area, which was highly supportive for guerilla war tactics.

King Parakramabahu the 6th was able to bring the city under his control and the city was chosen as the venue for his coronation in 1415 AD. The mighty king was able to bring the whole island under one crown and he ruled the country from Kotte. After the demise of King Parakramabahu the 6th the city was gradually lost its importance as a prominent city. Due to the political unrest economical downfall in the country during the reign of King Buwanekabanu the 7th (1521-1557 AD) and King Dharmapala (1551-1597) (last two kings of the city), the city was deprived of its importance. Later the Kotte kingdom was taken by Portuguese Dutch and British and Jayewardenepura was neglected for the following four centuries.

Jayewardenepura was an important city with a religious background and it had played an important role in the revival Buddhism. Groups of monks from Siamese, Cambodia and Burma arrived here in 1425 AD to obtain the Upasampada. The second group of monks arrived in 1476 AD from Burma and obtained the Upasampada from Vidyagama Thera of Kelaniya. Even today several most important Buddhist temples are located in Jayewardenepura. Still, the population of the city is predominantly the Buddhist, which is estimated to be more than 90%.

At present Sri Jayawardena Pura is a well developed modern city with beautiful surrounding. The city harbours a large number of lakes, rivers, wetlands and forest covers.  This beautiful city is well planned and developed keeping the balance between modernism and nature. However the the city is not included in most tour packages organized for foreign travellers, it is because the city does not provide important tourist attractions of opportunities for shopping.