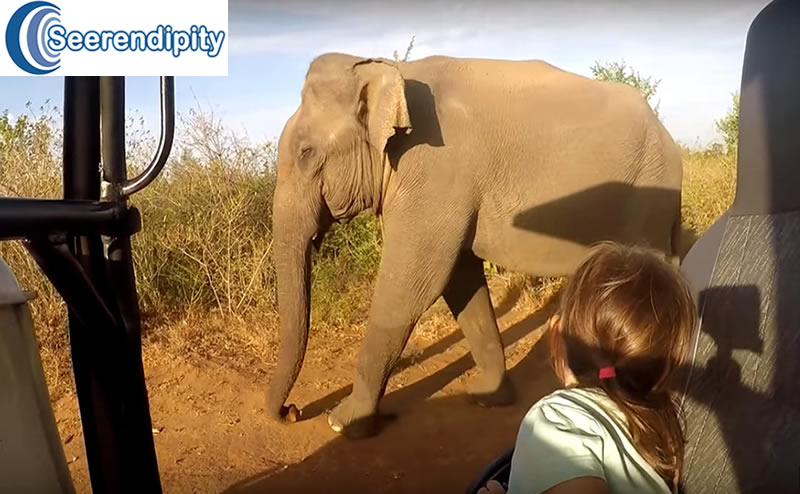 Authorities of the wildlife Sri Lanka has made a very rare discovery of female tusker in the recently concluded elephant census on the island. The survey was conducted in August 2011 covering the whole island. Reports of the survey revealed that the number of tuskers of the island to be 122 while the elephant population of the island to be 5879 elephants. Based on the survey Sri Lanka recorded the highest number of wild elephants in the region.

This is the first time in the history that a female elephant with much bigger tusks recorded in the country as per the authority. Female tusker was observed in the recently opened Wilpattu National park in North West Sri Lanka. The finding of a female elephant with tusks is believed to be the first such finding in Asia, according to wildlife officials. The wildlife officials believe the spotted female tusker is around six years old and 1086 Wild elephants were observed in the region of Wilpattu during the survey.

Size of the Asian elephant’s tusk is smaller than the Tusks of African elephants, ordinarily; the tusks of male Asian elephants grow to three or four feet in length. Depending on the age and size of the elephant, they can sometimes be much longer than that. For example, Male elephant recorded in Sri Lanka with nine feet long tusks.

In Asian Elephants, mostly the elephants are killed for ivory. In fact, the relentless pressure from hunters has been so great; it has created an enormous artificial selection pressure in many areas. The number of tuskers among Asian elephants is drastically reduced in the past due to hunting. But the animals without tusks had a better chance of survive, and a better chance of breeding. Over time, this meant that more and more of the male offspring of each successive generation inherited the trait of being tuskless too. As a consequence, in some modern populations of Asian elephants, tuskless males have come to predominate in terms of numbers. In effect, the selective pressure created by mankind